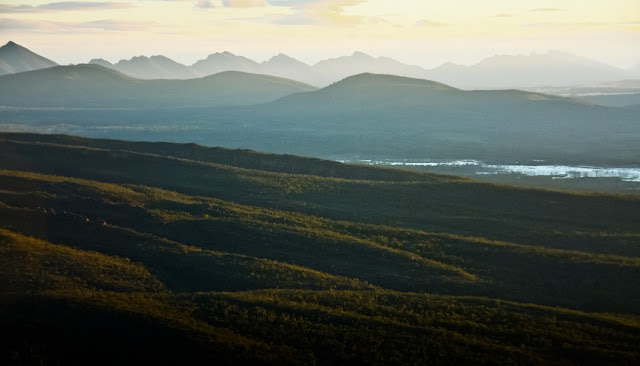 Running through the heaps of pics reminds me what an epic adventure this has been. Trying to squeeze both these big attractions in 4D3N was ambitious but with my faithful travel partner aka wife in toll (she has come to accept that all my trips are gonna be cramped packed like that :P) so I was pretty much ready to rock this journey..

Grampians lived up to its name - saw the google images, did the research, but certainly was not expecting the sorta vista witnessed. And with such a rushed trip, we barely scratched the surface of what this national park has to offer so I'm sure I'll be back again. Planned for the easy hits - Boroka lookout, Reed's lookout on Day 1, Mt William lookout & Mt Abrupt Hike on Day 2. Definitely wiser now & will plan a more elaborate trip the next time I promise myself. And certainly do more camping & hiking!


Great Ocean - to be honest this was thrown in at the last stages of planning & I did not realise how MUCH the entire great ocean had to offer, & how much driving I had to do & how tiring it really was... In between Warrambol to Torquay - I only read about the 12 apostles & found some images of Wreck beach, def wasn't prepared to be inundated by the number of mini-attractions eg. Bay of Martyrs, London Bridge, the Arch, Gibson steps, the various scenic lookouts between Apollo Bay & Torquay.. gosh, it felt like system overload as we tried to visit each one (coz kiasu!) but all the tourists seem to be doing the same! :D & with all the driving involved & holiday season it certainly was just bit crazy to try to do it all in 2 days. So many lessons learnt for this portion of the trip & at least I know what to include/exclude in my next visit here.

Just a lot of driving on day 1. We did stop at a lake called Burrumbeet, needed the break! and here's how it looks like! :D 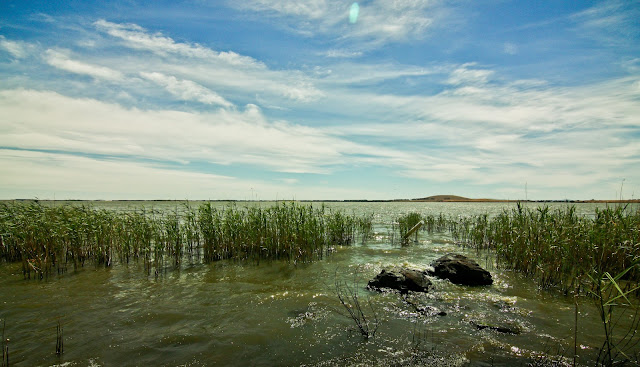 Shortly after this lake, there was an offer of a 'scenic route' towards Ararat/Halls Gap as indicated by the road sign, it brought us closer around windmills which we spotted from afar, I thought we'd have a chance to go right up to it but most of the surrounding land were private.. still, a good drive.

After Ararat, we pulled into Halls Gap with plenty of sunshine left tho it was already pretty late (around 630pm) - there were SO MANY PEOPLE with caravans & there was even a band performing & all that, not exactly the sorta camping scene I prefer.. anyway after a quick toilet break we shot straight to the our first lookout for the evening - Boroka lookout!

HESITATION. It was already 8pm by the time we pulled out of Boroka.. over-stayed coz we were obviously just going gaga over the scenery & by the time we pulled back into the main mountain road, I wasn't sure whether to head back down to look for dinner or to just go for the next lookout.. from the map it was hard to judge how long or how difficult the drive would be but staying true to my instincts I JUST WENT FOR IT. The wife didn't have much say really.. hehe, besides there were plenty of chocs in the car for the grumbling tummy.. (but I would soon regret thinking that!)

Possibly the best moment in the entire trip. TOTALLY taken aback by the vista that opened up when we reached Reed's Lookout.. I was expecting something nice of coz, but nothing prepared me for what we saw.. the mountain ranges went on & on & the setting sun lit up the vegetation as if we were in the middle of some remote amazon expedition.. it was STUNNING!! Well I was stunned the missus braved it to this rock & actually took this pic with me.. but this girl always have it in her anyway.

So we were up at Reed's lookout like forever. Didn't want to leave despite the howling winds.. and it was getting colder. It was time to go when the sun finally disappeared beyond the horizon - didn't want to go down the windy mountain roads in total darkness.

INSTEAD of rushing off to dinner - I guess we were just bewildered with the scenery & decided to first check into our Kookaburra Motor Lodge, freshen up, lie around for a bit, talk about what we witnessed.. and slowwwly make our way out to dinner. at 930pm.

Only to find that all kitchens in Halls Gap close at 9pm (which is understandable), and we found ourselves munching cold sandwiches instead! Wasn't exactly the best way to end the day, at least we weren't gonna starve.. but a hot meal would've been nice! (malaysians ma..) - so don't be fooled by the late evening bright skies of summer..

Anyway - the lodge we stayed in was nice, decent & clean.. spacious & all. Coz of our late arrival, the owner left a friendly note on the office door & left the key on the door of our room.. nice.

Next.. Day 2 where we take on Southern Grampians!